Intellectual and Cultural World of the Early Modern Inns of Court 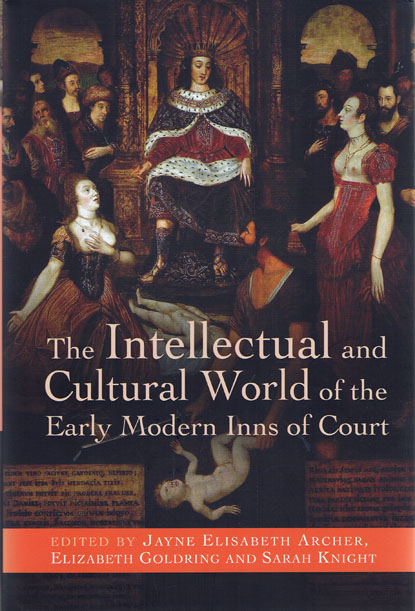 The Intellectual and Cultural World of the Early Modern Inns of Court is an interdisciplinary collection of essays on an important but overlooked aspect of early modern English life: the artistic and intellectual patronage of the Inns of Court and their influence on religion, politics, education, rhetoric, and culture from the late fifteenth through the early eighteenth centuries.

This period witnessed the height of the Inns' status as educational institutions: emerging from fairly informal associations in the fourteenth century, the Inns of Court in the fifteenth and sixteenth centuries had developed sophisticated curricula for their students, leading to their description in the early seventeenth century as England's 'third university'.

Some of the most influential politicians, writers, and divines - as well as lawyers - of Tudor and Stuart England passed through the Inns: men such as Edward Hall, Richard Hooker, John Webster, John Selden, Edward Coke, William Lambarde, Francis Bacon, and John Donne.

This is the first interdisciplinary publication on the early modern Inns of Court, bringing together scholarship in history, art history, literature, and drama. The collection presents innovative research and new archival discoveries which shed fresh light on life at the Inns. It features specially-commissioned work on the architecture and gardens of the Inns as well as their patronage of the visual arts. The contributors to the collection represent the leading scholars in their respective disciplines.

The book is lavishly illustrated and provides a unique collection of visual sources for the architecture, art, and gardens of the early modern Inns.