Sovereign Rules and the Politics of International Economic Law 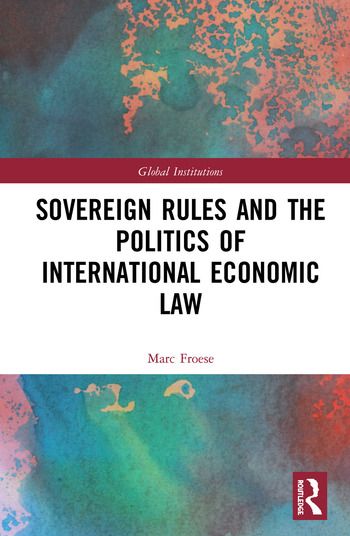 How ought scholars and students to approach the rapidly expanding and highly multidisciplinary study of international economic law? Academics in the field of international political economy used to take for granted that they worked with the overarching concepts of rules and governance, while legal scholars analyzed treaties and doctrines. However, over the past twenty years formerly disparate fields of study have converged in a complex terrain, where academic researchers and governmental policy analysts use a pluralistic set of theoretical and methodological tools to study the ongoing development of international economic law.

This book does for political economy what others have already done for law – introduces political scientists, economists, and other practitioners of IPE, to the potential of engaging with legal theory and method; it will be of great interest to scholars in a range of areas including IPE, global governance, IR and international law.