A new edition has been published, the details can be seen here:
More Weird Cases: Comic and Bizarre Cases from Courtrooms around the World isbn 9780854901005

Weird Cases: Comic and Bizarre Cases from Courtrooms around the World 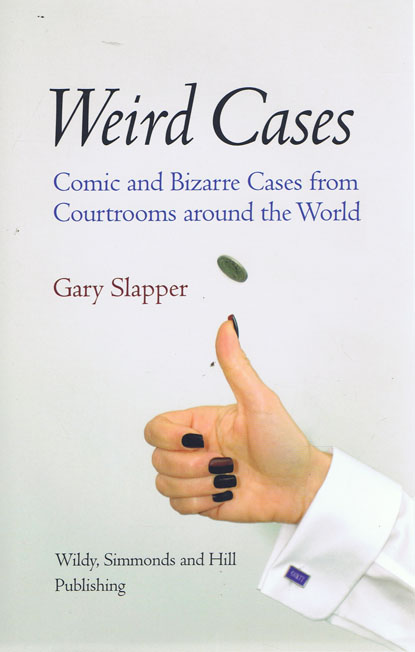 "If you're a member of the legal fraternity (or even if you're not) this is one jolly book. As Christmas will soon be upon us, this book is a gift for your more solemn legal friends with more than a touch of the bizarre in court"

Based on the author’s popular Times Online column Weird Cases, this book draws on extraordinary cases from many countries, including the UK, USA, Canada, Brazil, Australia, New Zealand, Germany, Italy, Romania, and China. The book is a highly entertaining read for anyone who enjoys the more bizarre aspects of human life that fetch up in the law courts at the beginning of the 21st century.

Courts have seen judges do things like try to turn off a musical tie playing “We wish you a merry Christmas” while sentencing a defendant to prison, fall fast asleep in the middle of trials, flip a coin to decide a case, demand a foot massage from a clerk, and get sentenced for judicial racketeering. Courts have listened to the defences like that of a bogus dentist caught using DIY tools on his patients, a man who based his defence on being as hapless as Homer Simpson, and a woman who was running a brothel from an office in the criminal courts. Courts have seen a litigant sue for becoming pregnant by a stray sperm in a swimming pool, and a litigant suddenly strip naked before the judges.

The cases featured in Weird Cases are those that truly stand out as odd, even among all the unusual dramas that challenge the courts. The chapters are: Compensation and Punishment, Love and Sex, Food, Drink, and Drugs, Judges, Death and Violence, Pets and Animals, On the Road, Lawyers, and Jurors, Friends, and Neighbours.

The follow up to this edition called More Weird Cases is due to be published in November 2011.

Gary Slapper is an established writer in bringing law to a wide audience. He is a columnist with The Times, for which he has written since 1992, and Professor of Law at The Open University. He also acts as a legal consultant to BBC drama and documentaries.

"weird's not the word for some of the wild, wonderful, rude, crude and yes, bizarre things that happen, or are apt to happen in courtrooms worldwide, if Gary Slapper's entertaining new book is anything to go by...this little gem of a book contains everything from compensation and punishment, to love and sex - and from judges, jurors and lawyers to pets and animals, violence and death...what a rich trove of anecdotes for your next after-dinner speech with the legal eagles! ... this is one jolly book"

Contents:
Compensation and Punishment
Love and Sex
Food, Drink and Drugs
Judges
Death and Violence
Pets and Animals
On The Road
Lawyers
Jurors, Friends and Neighbours 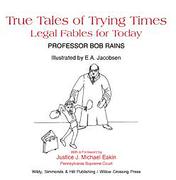