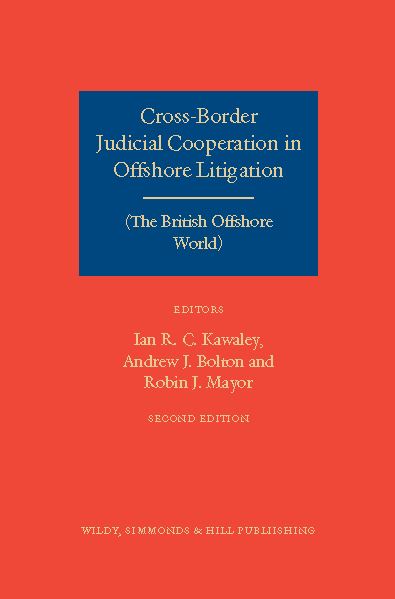 Major international commercial litigation and insolvency proceedings invariably have an offshore dimension to them.

The book is edited and authored by experienced practitioners from the jurisdictions concerned: Bermuda, British Virgin Islands; the Cayman Islands; Guernsey; Isle of Man and Jersey.

Ian Kawaley has been a Judge in Bermuda’s Supreme Court since 2003 and Chief Justice and Senior Commercial Judge since 2012. Ian is a co-editor of Offshore Commercial Law in Bermuda (Wildy, Simmonds & Hill, 2013).

Andrew Bolton has been a partner with Appleby’s Cayman office since 1999. He now heads the firm’s global Dispute Resolution Practice Group.

Robin Mayor has been a partner with Conyers Dill & Pearman’s Bermuda Litigation and Restructuring Group for more than 20 years. She is currently Chairman of the Restructuring and Insolvency Specialists Association of Bermuda.