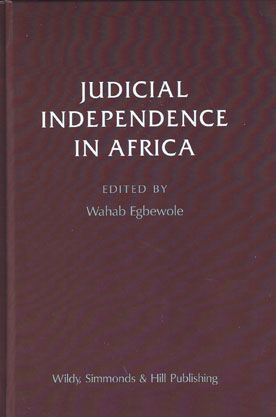 At the theoretical level, most constitutions in Africa normally provide for the concept of separation of powers with each arm of government assigned defined roles and functions.

At the operational level, the Judiciary is regarded as the junior partner with the ‘restrictions’ on funding in terms of spending as it is usually the prerogative of the Executive branch of government to allocate funds to the Judiciary.

To what extent is the check and or control of funding affect the operations of the courts? Can in exercise of the doctrine of separation of powers be expanded with regards to the appointment, discipline and removal of judicial officers? What should be the relationship between the two other arms of government and the Judiciary with regards to control of cases to be determined by the courts.

All these issues find a way of determining how effective the Judiciary can be in any governmental arrangement and structure. It is particularly challenging in Africa where democracy in practice is still at the embryonic stage especially with regards to the political office holders. The African Union has in place the African Charter on Human and Peoples’ Rights with a provision for an African Commission to determine disputes. How effective is this Commission and how independent is it?

This book sets out to interrogate some of these issues and was put together by scholars of varied and diverse experience in and outside university environment tracing the evolution of the Judiciary as an arm of government, its relationship with other arms of government and the media, the operations of the institution in relation to issues of human rights, gender and juvenile justice.

Wahab Egbewole is a Professor of Jurisprudence and International Law at the University of Ilorin.