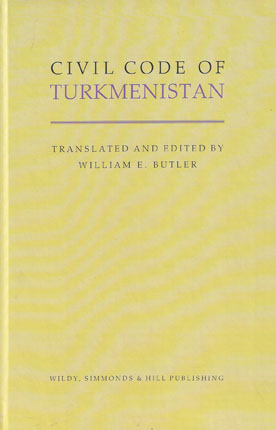 The Civil Code of Turkmenistan here appears for the first time in English since the original version published in 1999. Changes have been substantial in a text renowned for incomplete and inaccurate versions.

Of all the post-Soviet civil codes, this is in many ways the most sophisticated in drawing upon continental models and remains a key document for any foreign investor or comparative lawyer as a leading Central Asian example of the transition to a market-oriented economy.