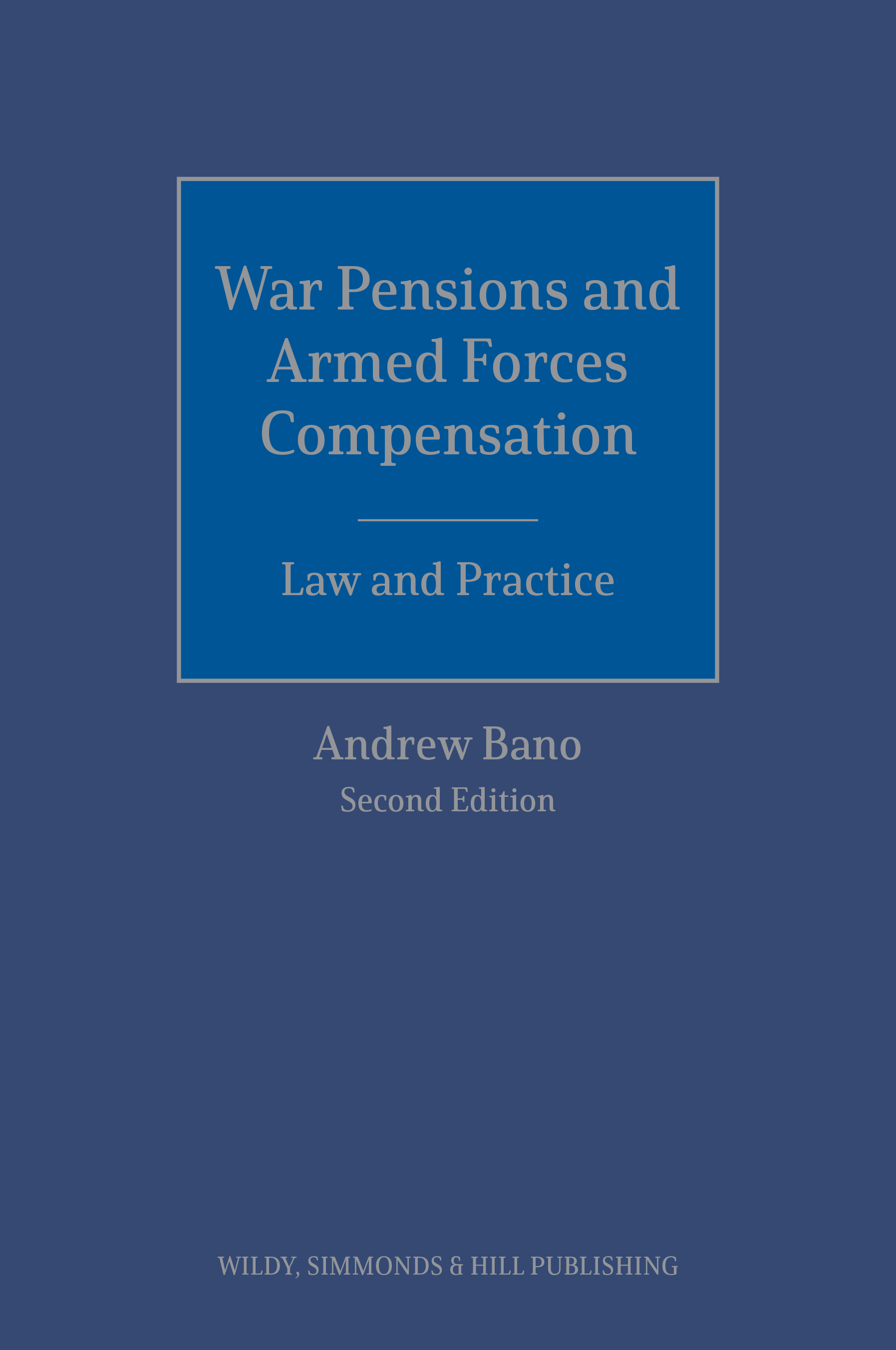 This second edition of this authoritative work, written by a former president of the War Pensions and Armed Forces Compensation Chamber of the First-tier Tribunal, takes full account of legal cases and developments since publication of the first edition. War Pensions and Armed Forces Compensation: Law and Practice is a comprehensive reference work covering all aspects of war pensions and armed forces compensation law and practice. The book provides a thorough explanation of the provisions of the Service Pensions Order 2006 and of the Armed Forces Compensation Scheme 2011, as interpreted by the nominated judges and by the judges of the Upper Tribunal and the appellate courts. The book covers the procedure for making a claim, bringing an appeal, and practice and procedure before the First-tier Tribunal (in England and Wales) and Pensions Appeal Tribunals (in Scotland and Northern Ireland), together with guidance on bringing appeals to the Upper Tribunal.

War Pensions and Armed Forces Compensation: Law and Practice is designed to be a practical and easily understood guide for all those concerned in bringing and dealing with war pensions and armed forces compensation claims and appeals. The book also provides for the first time in the nearly one-hundred-year history of war pensions appeals a comprehensive analysis of the legal principles underlying entitlement to compensation for those injured or killed in the service of their country.

This book will also be of interest to all those interested in the development of our oldest system of welfare benefits, and in how the special position of the armed forces is reflected in the injury compensation schemes.