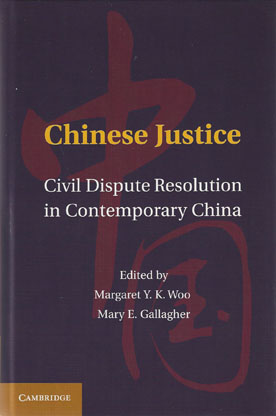 This volume analyzes whether China's thirty years of legal reform have taken root in Chinese society by examining how ordinary citizens are using the legal system in contemporary China.

It is an interdisciplinary look at law in action and at legal institutions from the bottom up, that is, beginning with those at the ground level that are using and working in the legal system. It explores the emergent Chinese conception of justice – one that seeks to balance Chinese tradition, socialist legacies and the needs of the global market.

Given the political dimension of dispute resolution in creating, settling and changing social norms, this volume contributes to a greater understanding of political and social change in China today and of the process of legal reform generally.