The Judiciary, the Legislature and the EU Internal Market 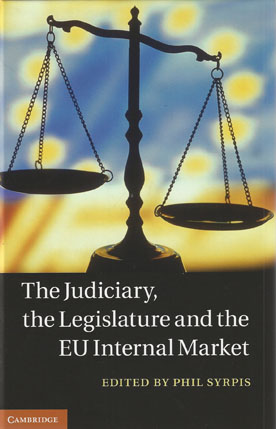 By tracing the way in which the CJEU and national courts react to legislation and Treaty reform, and the way in which the Member States, Commission and other actors in the legislative process react to judicial interventions, this collection of essays explores the nature of the dynamic relationship between courts and legislatures within the EU.

It is clear that the boundaries between the legal and political realms are contested and that the judiciary and the legislature are engaged in a struggle, not so much about the substantive contours of the internal market project, but rather about their relative institutional positions.

The contributors consider all aspects of the internal market project, from goods to capital and citizenship, examining areas where there has been significant Treaty change as well as those in which the Treaty framework has remained substantially unaltered.