Climate Engineering and the Law: Regulation and Liability for Solar Radiation Management and Carbon Dioxide Removal 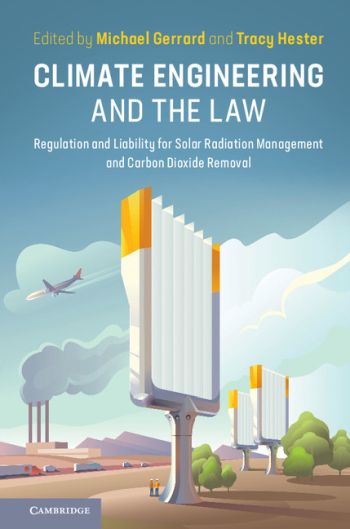 Climate change is increasingly recognized as a global threat, and is already contributing to record-breaking hurricanes and heat waves. To prevent the worst impacts, attention is now turning to climate engineering -- the intentional large-scale modification of the environment to reduce the impact of climate change.

The two principal methods involve removing some carbon dioxide from the atmosphere (which could consume huge amounts of land and money, and take a long period of time), and reducing the amount of solar radiation reaching the earth's surface, perhaps by spraying aerosols into the upper atmosphere from airplanes (which could be done quickly but is risky and highly controversial).

This is the first book to focus on the legal aspects of these technologies: what government approvals would be needed; how liability would be assessed and compensation provided if something goes wrong; and how a governance system could be structured and agreed internationally.