From Transitional to Transformative Justice 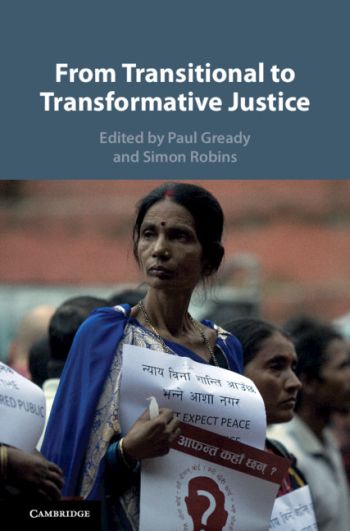 Transitional justice has become the principle lens used by countries emerging from conflict and authoritarian rule to address the legacies of violence and serious human rights abuses. However, as transitional justice practice becomes more institutionalized with support from NGOs and funding from Western donors, questions have been raised about the long-term effectiveness of transitional justice mechanisms. Core elements of the paradigm have been subjected to sustained critique, yet there is much less commentary that goes beyond critique to set out, in a comprehensive fashion, what an alternative approach might look like.

This volume discusses one such alternative, transformative justice, and positions this quest in the wider context of ongoing fall-out from the 2008 global economic and political crisis, as well as the failure of social justice advocates to respond with imagination and ambition. Drawing on diverse perspectives, contributors illustrate the wide-ranging purchase of transformative justice at both conceptual and empirical levels.