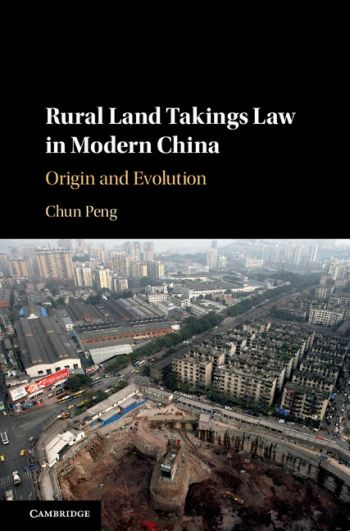 One of the most pressing issues in contemporary China is the massive rural land takings that have taken place at a scale unprecedented in human history. Expropriation of land has dispossessed and displaced millions for several decades, despite the protection of property rights in the Chinese constitution.

Combining meticulous doctrinal analysis with in-depth historical investigation, Chun Peng tracks the origin and evolution of China's rural land takings law over the twentieth century and demonstrates an enduring tradition of land takings for state-led social transformation, under which the takings law is designed to be power-confirming. With changed socio-political circumstances and a new rights-respecting constitutional agenda, a rebalance of the law is now underway, but only within existing parameters.

Peng provides a piercing analysis of how land has been used by the largest developing country in the world to develop itself, at what costs and where the future might be.