Authoritarian Legality in China: Law, Workers, and the State 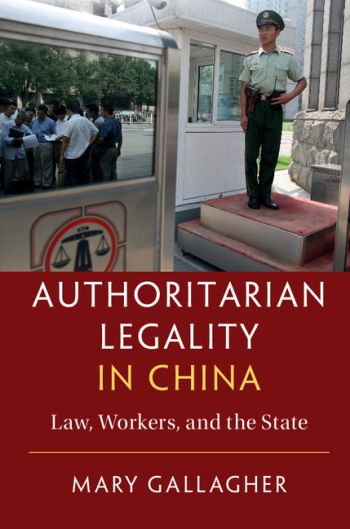 Can authoritarian regimes use democratic institutions to strengthen and solidify their rule? The Chinese government has legislated some of the most protective workplace laws in the world and opened up the judicial system to adjudicate workplace conflict, emboldening China's workers to use these laws.

This book examines these patterns of legal mobilization, showing which workers are likely to avail themselves of these new protections and find them effective. Gallagher finds that workers with high levels of education are far more likely to claim these new rights and be satisfied with the results. However, many others, left disappointed with the large gap between law on the books and law in reality, reject the courtroom for the streets.