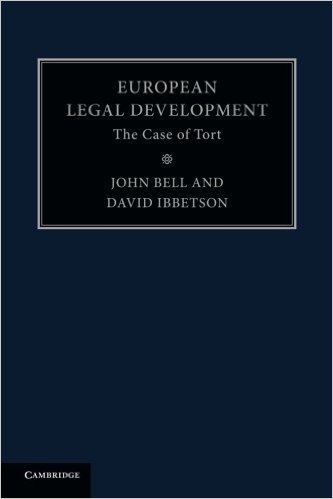 What shapes the development of a legal system? The economy? Legal ideas? Social and political movements? Drawing on the other eight volumes in the series, European Legal Development: The Case of Tort aims to challenge conventional comparative law explanations of the factors that shape the law.

It goes further into ideas that law could be conceived as either driven by external factors or is primarily the product of deliberations among lawyers. Choosing the examples of product and medical liabilities, the book considers the convergence of developments across legal systems. By contrast, examining road accidents and relations between neighbours, it notes areas in which the development of tort law has diverged.

Tort law emerges as only part of the legal response and its place depends on the activity of the legislator, as much as on judicial and scholarly ideas about the place of fault liability within the schemes of compensation.