ASEAN and its Cohesion as an Actor in International Forums: Reality, Potential and Constraints 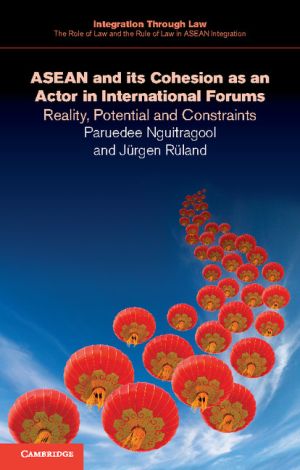 ASEAN as an Actor in International Fora addresses a blind spot in ASEAN research and in comparative regionalism studies by assessing why, how, when and to what extent ASEAN member governments achieve a collective presence in global forums. Written for academic researchers and practitioners working in areas such as international relations, political science and international law, it examines ASEAN's negotiating behavior with a novel four-point cohesion typology.

The authors argue that ASEAN's 'cognitive prior' and its repository of cooperation norms have affected ASEAN's negotiation capacities, formats, strategies and cohesion in international forums. Using two case studies - one on ASEAN's cohesion in the WTO agricultural negotiations and one on UN negotiations on forced labor in Myanmar - they examine ASEAN's collective actions at different stages of negotiation, in different issue areas and in different negotiating forums.