The Burdens of Proof: Discriminatory Power, Weight of Evidence, and Tenacity of Belief 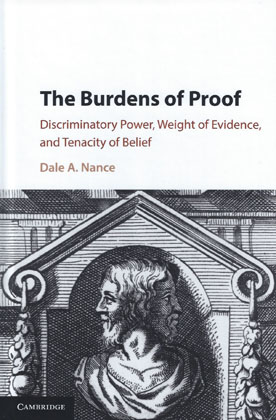 Adjudicative tribunals in both criminal and non-criminal cases rely on the concept of the 'burden of proof' to resolve uncertainty about facts.

Perhaps surprisingly, this concept remains clouded and deeply controversial. Written by an internationally renowned scholar, this book explores contemporary thinking on the evidential requirements that are critical for all practical decision-making, including adjudication.

Although the idea that evidence must favor one side over the other to a specified degree, such as 'beyond reasonable doubt', is familiar, less well-understood is an idea associated with the work of John Maynard Keynes, namely that there are requirements on the total amount of evidence considered to decide the case. The author expertly explores this distinct Keynesian concept and its implications.

Hypothetical examples and litigated cases are included to assist understanding of the ideas developed. Implications include an expanded conception of the burden of producing evidence and how it should be administered.