Military Justice in the Modern Age 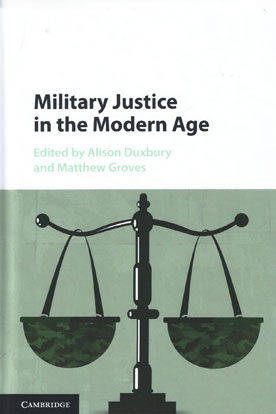 Military justice systems across the world are in a state of transition. These changes are due to a combination of both domestic and international legal pressures.

The domestic influences include constitutional principles, bills of rights and the presence of increasingly strong oversight bodies such as parliamentary committees. Military justice has also come under pressure from international law, particularly when applied on operations.

The common theme in these many different influences is the growing role of external legal principles and institutions on military justice. This book provides insights from both scholars and practitioners on reforms to military justice in individual countries (including the UK, Canada, the Netherlands and Australia) and in wider regions (for example, South Asia and Latin America).

It also analyses the impact of 'civilianisation', the changing nature of operations and the decisions of domestic and international courts on efforts to reform military justice.