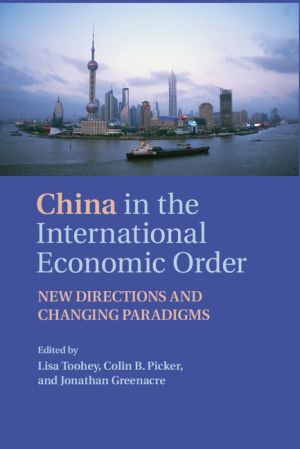 The enormous economic power of the People's Republic of China makes it one of the most important actors in the international system. Since China's accession to the World Trade Organization in 2001, all fields of international economic law have been impacted by greater Chinese participation. Now, just over one decade later, the question remains as to whether China's unique characteristics make its engagement fundamentally different from that of other players.

In this volume, well-known scholars from outside China consider the country's approach to international economic law. In addition to the usual foci of trade and investment, the authors also consider monetary law, finance, competition law, and intellectual property. What emerges is a rare portrait of China's strategy across the full spectrum of international economic activity.