Proportionality and the Rule of Law: Rights, Justification, Reasoning 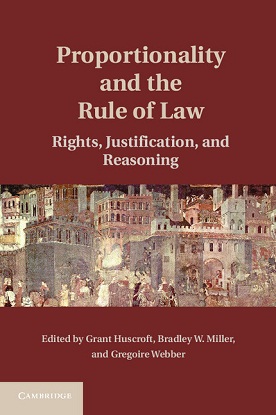 To speak of human rights in the twenty-first century is to speak of proportionality. Proportionality has been received into the constitutional doctrine of courts in continental Europe, the United Kingdom, Canada, New Zealand, Israel, South Africa, and the United States, as well as the jurisprudence of treaty-based legal systems such as the European Convention on Human Rights.

Proportionality provides a common analytical framework for resolving the great moral and political questions confronting political communities. But behind the singular appeal to proportionality lurks a range of different understandings.

This volume brings together many of the world's leading constitutional theorists - proponents and critics of proportionality - to debate the merits of proportionality, the nature of rights, the practice of judicial review, and moral and legal reasoning. Their essays provide important new perspectives on this leading doctrine in human rights law.