Corporate Duties to the Public 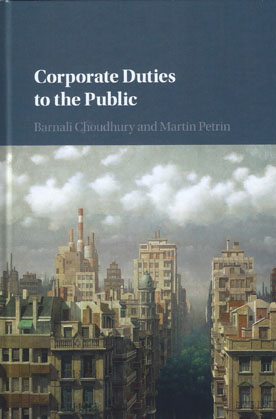 This book explores the deepening connections between corporations and the public. It explores timely - and often controversial - public issues with which corporations must grapple including the corporate purpose, civil and criminal liability, taxation, human rights, the environment and corruption.

Offering readers an encompassing, balanced, and systematic understanding of the most pertinent duties corporations should bear, how they work, whether they are justified, and how they should be designed in the future, this book clarifies corporations' roles vis-...-vis the public.