Liberal Legality: A Unified Theory of Our Law 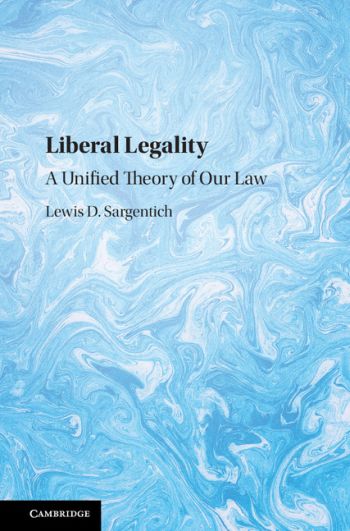 In his new book, Lewis D. Sargentich shows how two different kinds of legal argument - rule-based reasoning and reasoning based on principles and policies - share a surprising kinship and serve the same aspiration.

He starts with the study of the rule of law in life, a condition of law that serves liberty - here called liberal legality. In pursuit of liberal legality, courts work to uphold people's legal entitlements and to confer evenhanded legal justice. Judges try to achieve the control of reason in law, which is manifest in law's coherence, and to avoid forms of arbitrariness, such as personal moral judgment.

Sargentich offers a unified theory of the diverse ways of doing law, and shows that they all arise from the same root, which is a commitment to liberal legality.