Private Law in China and Taiwan: Legal and Economic Analyses 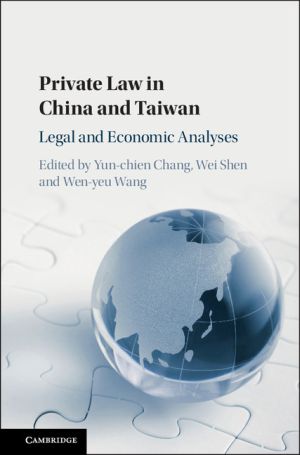 Past research and literature suggest that legal institutions drive economic development. Yet China has grown for decades without the fundamental legal infrastructure that was once considered necessary.

This is called the 'China puzzle' or the 'China myth'. By carefully comparing the four key branches of private law in China and Taiwan - a jurisdiction that grew with modest legal institutions and shares similar legal and non-legal culture - this collaborative and novel book demystifies the 'China puzzle'.

Top scholars in the field use an economics-focused analytical approach to explain how and why the laws have taken such paths over the past four decades. Comparing property, contract, tort, and corporate laws in China and Taiwan, these authors delve deeply into key doctrines to provide a meaningful account of the evolution of private law in these two jurisdictions.