Thu 6th May - We are currently experiencing issues with our credit card processing resulting in delays to order confirmations being sent. We hope to have the issue resolved shortly and apologise for any inconvenience caused 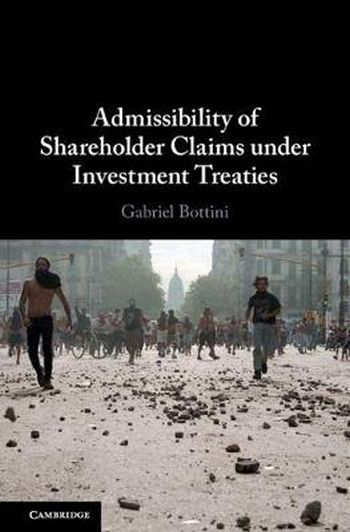 This book addresses a growing problem in international law: overlapping claims before national and international jurisdictions. Its contribution is, first, to revisit two pillars of investment arbitration, i.e., shareholders' standing to claim for harm to the company's assets and the contract/treaty claims distinction. These two ideas advance interrelated (and questionable) notions of independence: firstly, independence of shareholder treaty rights in respect of the local company's national law rights and, secondly, independence of treaty claims in respect of national law claims. By uncritically endorsing shareholder standing in indirect claims and the distinctiveness of treaty claims, investment tribunals have overlooked substantive overlaps between contract and treaty claims.

The book also proposes specific admissibility criteria. As opposed to strictly jurisdictional approaches to claim overlap, the admissibility approach allows consideration of a broader range of legal reasons, such as risks of multiple recovery and prejudice to third parties.