The Constitutional Protection of Private Property in China: Historical Evolution and Comparative Research 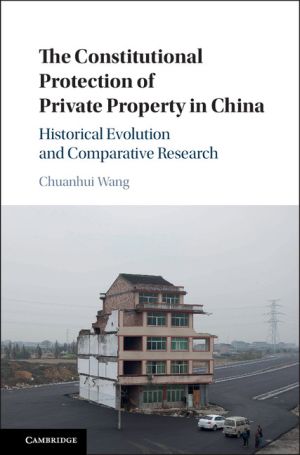 This timely book reviews the changes in legal reform around the constitutional protection of private property in China since 1949. Using a comparative approach, it analyses the development of property theories and the various constitutionalisation models and practices of private property in representative countries including the United States, Canada, Germany, India and China.

It also explores the interwoven social forces that have been driving the evolution of the constitutional protection of private property in China. By comparing China with the United States, Germany and India, the author reveals the unfairness, unjustness and insufficiency in China's application of three constitutional doctrines - public use, just compensation and due process or procedure.

The book concludes by predicting future progress and suggests feasible measures for gradual reform that will be compatible with China's existing political system.