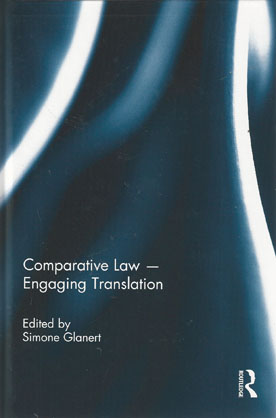 In an era marked by processes of economic and political integration that are arguably unprecedented in their range and impact, the translation of law has assumed a new significance.

The following situations are typical. As the expression of a strong postcolonial commitment, various African states have decided to draft their legislation in more than one official language with a view to conferring equal authority upon colonial and traditional languages. Elsewhere, an influential group of European lawyers is seeking to develop a civil code for the European Union that potentially stands to be translated into 23 languages.

Meanwhile, former political and military leaders are being prosecuted for genocide before the International Criminal Court, a body consisting of judges from many different legal backgrounds and operating according to a complex multilingual procedure. And, controversially, the US Supreme Court has relied upon foreign law in order to assess the constitutionality of a Texas statute criminalizing certain forms of sexual behaviour.

Each of these instances raises the matter of law in translation, broadly understood. Can legal rules carry identical normative implications in more than one language? Can law achieve uniformity despite needing to be rendered in many languages? How do interpreting and translation affect adjudication in a multilingual courtroom? To what extent can a given legal text make sense in a different legal culture?

These questions, among others, are addressed here within a comparative legal context in which, it is demonstrated, translation issues are a central feature of the contemporary legal landscape.