The Reform of International Economic Governance 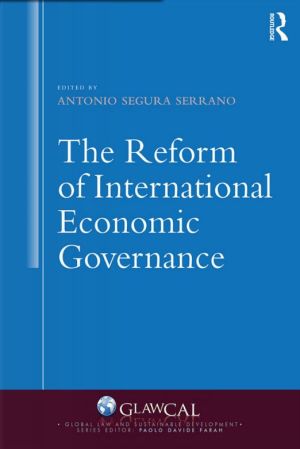 The second half of the 20th century saw the emergence of international economic law as a major force in the international legal system. This force has been severely tested by the economic crisis of 2008. Unable to prevent the crisis, the existing legal mechanisms have struggled to react against its direst consequences.

This book brings together leading experts to analyse the main causes of the crisis and the role that international economic law has played in trying to prevent it, on the one hand, and worsening it, on the other. The work highlights the reaction and examines the tools that have been created by the international legal field to implement international cooperation in an effort to help put an end to the crisis and avoid similar events in the future.

The volume brings together eminent legal academics and economists to examine key issues from the perspectives of trade law, financial law, and investment law with the collective aim of reform of international economic governance.