The Electronic Communications Code and Property Law: Practice and Procedure 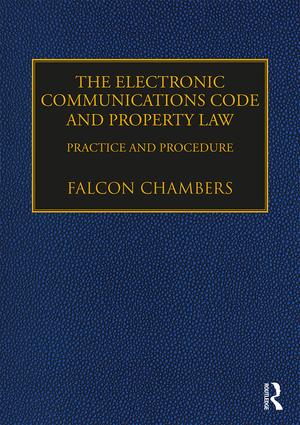 This book describes the problems that accompanied the old Code (which will continue to regulate existing installations and agreements); and the intended solutions under the new Code. The eminent team of authors explain the background, provisions and operation of the current Code and the new one, providing practical and jargon free guidance throughout. It is sure to become the reference on this topic and is intended as a guide for telecommunications operators, land owners, and of course for their advisers in the legal and surveying professions.