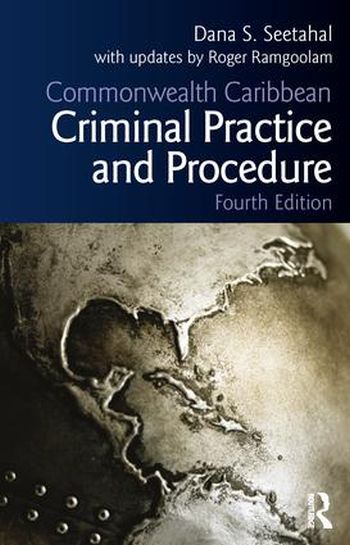 The fifth edition of this best-selling book has been thoroughly revised to take into account recent developments in the law in criminal practice and procedure across the region. As the only textbook to explore criminal practice and procedure as it relates to the Commonwealth Caribbean, the book clarifies the state law in each of 11 jurisdictions, while at the same time making it clear when laws are the same or similar and highlighting where differences among jurisdictions occur.

Both statute law and common law are examined in the relevant jurisdictions, which include Trinidad and Tobago, Guyana, Barbados, Jamaica and Grenada amongst others. The impact of statutory changes in the laws are analysed, as well as recent developments in the common law. Throughout the text the statutory law in the Commonwealth Caribbean is compared to similar English legislation, in light of the analysis of such legislation in English case law.

This book is the recommended textbook for all professional law schools in the Commonwealth Caribbean and is used at regional universities as a reference book for criminal justice students. In addition, as the only book that deals specifically with criminal practice and procedure in the regions, it has proved a valuable reference tool for legal practitioners, judicial officers and police officers.