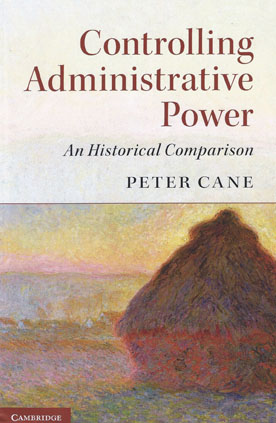 This wide-ranging comparative account of the legal regimes for controlling administrative power in England, the USA and Australia argues that differences and similarities between control regimes may be partly explained by the constitutional structures of the systems of government in which they are embedded.

It applies social-scientific and historical methods to the comparative study of law and legal systems in a novel and innovative way, and combines accounts of long-term and large-scale patterns of power distribution with detailed analysis of features of administrative law and the administrative justice systems of three jurisdictions.

It also proposes a new method of analysing systems of government based on two different models of the distribution of public power (diffusion and concentration), a model which proves more illuminating than traditional separation-of-powers analysis.