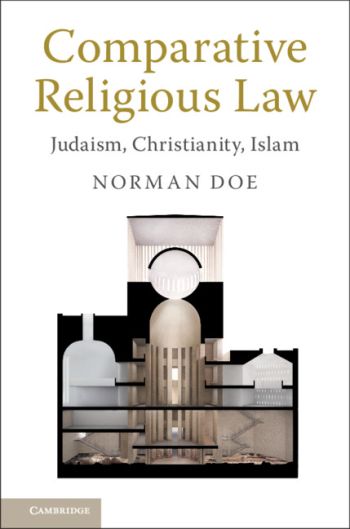 Comparative Religious Law provides for the first time a study of the regulatory instruments of Jewish, Christian and Muslim religious organisations in Britain in light of their historical religious laws. Norman Doe questions assumptions about the pervasiveness, character and scope of religious laws, from the view that they are not or should not be recognised by civil law, to the idea that there may be a fundamental incompatibility between religious and civil law.

It proposes that religious laws pervade society, are recognised by civil law, have both a religious and temporal character, and regulate wide areas of believers' lives. Subjects include sources of law, faith leaders, governance, worship and education, rites of passage, divorce and children, and religion-State relations. A Charter of 'the principles of religious law' common to all three Abrahamic faiths is proposed, to stimulate greater mutual understanding between religion and society and between the three faiths themselves.

Contents:
Preface
Table of abbreviations
Introduction
1. The laws: communities, sources and functions
2. The faithful: status, duties and rights
3. The faith leaders: appointment and functions:
4. The governance of communities: institutions and officers
5. The resolution of disputes: courts and tribunals
6. The faith, worship and education
7. The rites of passage
8. The family, marriage and children
9. The property and finance of the faith community
10. The religion, state and society
Conclusion
Appendix: toward a charter of Abrahamic law
Bibliography: primary sources
1. Jewish materials
2. Christian materials
3. Islamic materials
4. The law of the state: parliamentary legislation, secondary legislation, judicial decisions, charity commission
Secondary sources
Index.