Reassertion of Control Over the Investment Treaty Regime 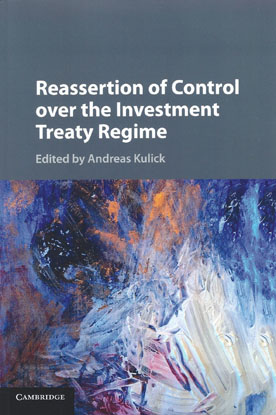 Driven by public opinion in host states, contracting parties to investment agreements are pursuing many avenues in order to curb a system that is being perceived - correctly or not - as having run out of control.

Reassertion of Control over the Investment Treaty Regime is the first book of its kind to examine the many issues of procedure, substantive law, and policy which arise from this trend.

From procedural aspects such as frivolous claims mechanisms, the establishment of appeals mechanism or state-state arbitration, to substantive issues such as joint interpretations, treaty termination or detailed definitions of standards of protection, the book identifies and discusses the main means by which states do or may reassert their control over the interpretation and application of investment treaties.

Each chapter tackles one of these avenues and evaluates its potential to serve as an instrument in states' reassertion of control.