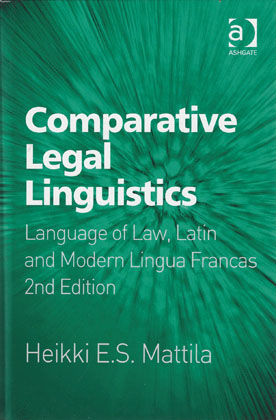 This new edition has been fully revised, updated and enlarged. New features include a new chapter on legal Spanish taking into account the increasing importance of the language and a new section on the use (in legal circles) of the two variants of the Norwegian language. All chapters have been thoroughly updated and include more detailed footnote referencing.

The work will be a valuable resource for students, researchers and practitioners in the areas of legal history and theory, comparative law, semiotics, and linguistics. It will also be of interest to legal translators and terminologists.