Chinese Constitutionalism in a Global Context 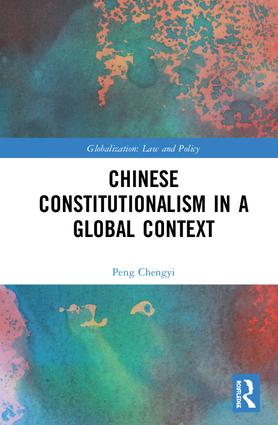 Over the course of the last four decades as China’s ideological realm has been transformed, it has become significantly more complicated. This is well illustrated in the current discourse concerning China’s constitutional future. Among Chinese intellectuals the liberal constitutionalism paradigm is widely accepted. However, more recently, this perspective has been challenged by mainland New Confucians and Sinicized Marxists alike. The former advocate a constitutionalism that is based upon and loyal to the Confucian tradition; while the latter has sought to theorize the current Chinese constitutional order and reclaim its legitimacy.

This book presents a discussion of these three approaches, analyzing their respective strengths and weaknesses, and looking to the likely outcome. The study provides a clear picture of the current ideological debates in China, while developing a platform for the three schools and their respective constituencies to engage in dialogue, pluralize the conceptions of constitutionalism in academia, and shed light on the political path of China in the 21st Century. The consequences of this Chinese contribution to the global constitutionalism debate are significant. Notions of the meaning of democratic organization, of the nature of the division of authority between administrative and political organs, of the nature and role of political citizenship, of the construction of rights are all implicated.

It is argued that China’s constitutional system, when fully theorized and embedded within the global discourse might serve, as the German Basic Law did in its time, as a model for states seeking an alternative approach to the legitimate construction of state, political structures and institutions.