Medicine and Justice: Medico-Legal Practice in England and Wales, 1700-1914 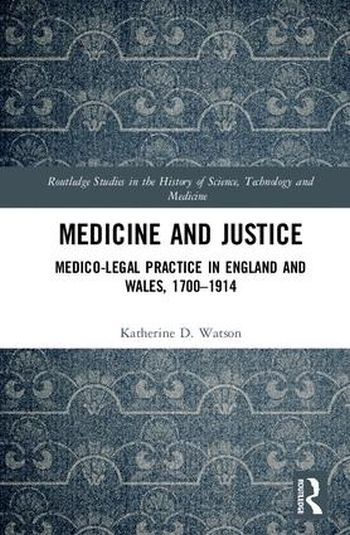 In the past ten years medical and legal historians have clearly acknowledged the fertile links that have long existed between medicine and the law in Britain. However, this far-reaching subject has been comparatively unexplored in the English and Welsh context.

This monograph, drawing on the details of c. 3000 cases of serious violence against the person which occurred in northern and central England, Wales and London, offers a comparative long-term perspective on medico-legal practice, and argues that it is only by exploring local practices that we can begin to understand how and why medicine and medical practitioners evolved into an essential and important presence in eighteenth- and nineteenth-century courtrooms. The comparison between centre and periphery, urban and rural, and between regions adds a significant new dimension to the existing scholarship on the relationship between medicine and the law.

This book will critically examine how doctors mediated between medicine and the law, investigating the real practices of medical practitioners who were faced with suspicious deaths, and how this experience interfaced with medical and legal theory. While other historians, notably Catherine Crawford, have considered the academic discipline of forensic medicine and its importance in medical discourses, few historians have studied medico-legal practice, that is, what doctors actually did when they were faced with a body that had become the object of a criminal investigation. The vexed questions of authority, expertise, and the links between theory and practice are illuminated here in relation to the law, medicine and the areas where the two meet, but provide the methodology and blueprint for further study in other times, places and disciplines.