The Constitutional Value of Sunset Clauses: An Historical and Normative Analysis 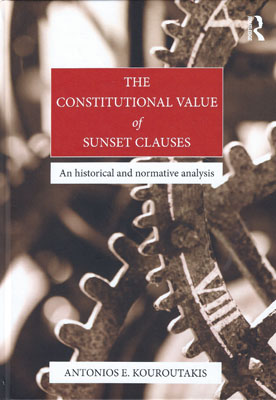 In recent years, Sunset Clauses have mostly been associated with emergency legislation introduced in the wake of terrorist attacks. However, as this book demonstrates, they have a long history and a substantial constitutional impact on the separation of powers and the rule of law.

Finally, the normative perspective analyses their interaction with several models of separation of powers, and their influence on the dialogue between various institutions as it values their impact on the rule of law, formal and substantive. The detailed examination of this topical subject will be a valuable resource for academics, researchers and policy-makers.