The Murder of Mary Ashford: The Crime that Changed English Legal History 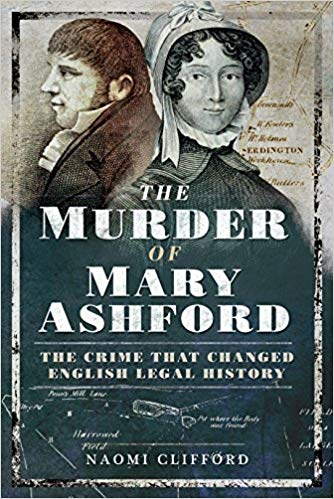 In the small hours of 27 May 1817, Mary Ashford, a young servant girl from the village of Erdington near Birmingham, left a party in the company of Abraham Thornton. A few hours later she was found drowned in a pool; an inquest established that she had been raped.

Despite a seemingly solid alibi, Thornton, an uncouth young man with a bad reputation, was soon on trial for his life, but to the widespread consternation of everyone from the local gentry to the humblest labourer, he was acquitted at the direction of the judge.

Public opinion across the country was outraged, convinced that a murderer had evaded the gallows. Then, in a last-ditch effort to find justice, Mary s brother used an archaic legal process to prosecute Thornton again, only find himself confronted with an extraordinary challenge. In court, Thornton threw down a gauntlet and demanded his legal right to trial by combat.

The outcome altered the course of English legal history. In this many-layered account, Naomi Clifford looks at the key issue of whether Thornton was guilty but also explores themes including the birth of forensic investigation, the meaning of sexual consent and the struggle of a modern state to emerge from its medieval legal heritage.