The Method and Culture of Comparative Law: Essays in Honour of Mark Van Hoecke 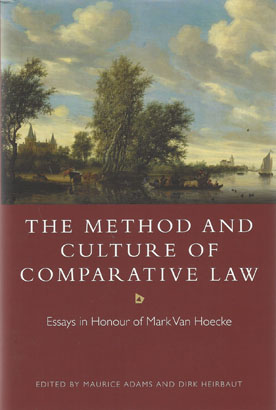 Awareness of the need to deepen the methodological foundations of legal research is only recent. The same is true for comparative law, by nature a more adventurous branch of legal research, which is often something researchers simply do, whenever they look at foreign legal systems to answer one or more of a range of questions about law, whether these questions are doctrinal, economic, sociological, etc.

Given the diversity of comparative research projects, the precise contours of the methods employed, or the epistemological issues raised by them, are to a great extent a function of the nature of the research questions asked. As a result, the search for a unique, one-size-fits-all comparative law methodology is unlikely to be fruitful.