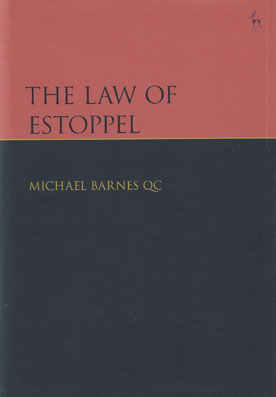 This work contains within a single book an account of all the forms of estoppel in operation today, including estoppel by record (res iudicata), as well as of the associated doctrine of election.

There can be few practitioners who do not at some time have to engage with estoppel. Estoppel applies across all, or nearly all, English civil law. In explaining each form of estoppel an attempt is made to state the main elements which have to be proved to establish the estoppel and then to explain each element in detail with its various components. At the end of each chapter a brief summary of the estoppel is included so as to guide practitioners and others to any question important in any particular case.

The law of estoppel has considerably advanced over recent decades and over the last ten years there have been major changes such as the clarification of the previously uncertain boundaries of proprietary estoppel, a statement of the exceptions to the principles of res iudicata, and the extension of estoppel by representation to cover statements of law as well as of fact. These and other subjects are explained in detail. A Glossary of important terms is included.