Islamist Militants and their Challenges to Sharia and International Criminal Law 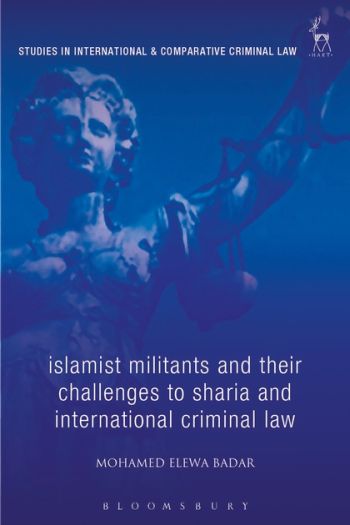 This monograph examines the most dangerous, and at the same time, most alluring aspects of the ideologies propagated by violent Islamists. The development in technological resources, mass media and global communication has enabled groups such as IS to merge an archaic religious ideology with resources of modernity creating a severely effective tool for recruitment. Up to 22,000 foreign fighters from more than 100 countries, including the UK, have been persuaded to join the ranks of the self-declared Islamic State (IS). Furthermore the propagated ideology has served to create an environment where genocide can and has arguably already flourished.

The monograph aims to understand the above-mentioned radical ideology, breaking it down to its foundations whilst assessing the key ideologues whose influences have shaped the beliefs of thousands throughout history. In this aspect it will be widely useful to counter-radicalization efforts, increasing the capacity for preventing and controlling the process of violent radicalization and providing a counter-narrative to the propaganda of extremist individuals and groups like IS.