Triumph, Tragedy and Lost Legacy of James M Landis: A Life on Fire 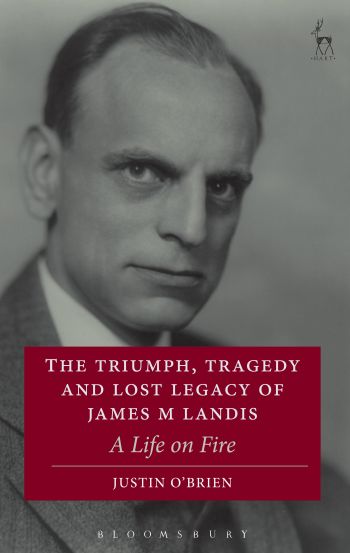 James M Landis - scholar, administrator, advocate, and political advisor - is known for his seminal contribution to the creation of the modern system of market regulation in the USA.

As a highly influential participant in the politics of the New Deal he drafted the statute which was to become the foundation for Securities Regulation in the US, and by extension the founding principle of financial market regulation across the world. He was also a complex and in some ways tragic figure, whose glittering career collapsed following the revelation that he had failed to pay tax for a five year period in the 1950's.

This candid and revealing book sets his life and achievements in the context of his work as an academic, legislative draughtsman, Dean and administrator, and explains for the first time how and why, shortly before his early death, Landis abandoned his theory of market regulation in favour of a model which finds loud echoes in the aftermath of the world's recent financial crises.

Contents:
1.
The Draftsman: The Normative Underpinnings of the Disclosure Paradigm
2.
The Administrator: Codes of Conduct and the Dynamics of Regulatory Politics
3.
The Activist: Institutionalizing the New Deal
4.
The Firefighter: The Existential Choice
5.
The Transformational Dean: Law, Lawyers and Society
6.
The Advisor: Revitalizing and Losing Regulatory Authority
7.
The Fall: Hubris and the Making of a Greek Tragedy
Conclusion - The Lost Legacy: James M Landis and the Future of Regulatory Capitalism