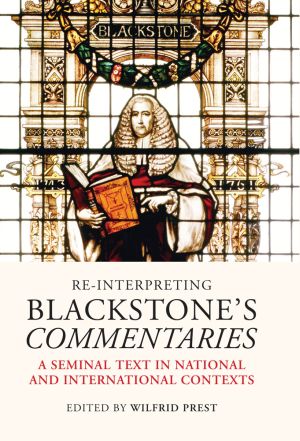 This collection explores the remarkable impact and continuing influence of William Blackstone's Commentaries on the Laws of England, from the work's original publication in the 1760s down to the present. Contributions by cultural and literary scholars, intellectual and legal historians trace the manner in which this truly seminal text has established its authority well beyond the author's native shores or his own limited lifespan.

This volume is a sequel to the well-received collection Blackstone and his Commentaries: Biography, Law, History (Hart Publishing, 2009).