Human Rights Imperialists: The Extraterritorial Application of the European Convention on Human Rights 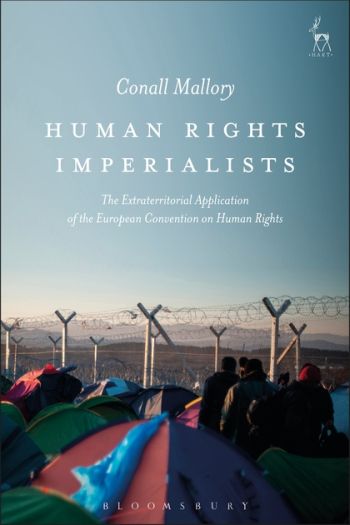 Conflict has always presented an opportunity for reflection and transition in the law and none more so than the Iraq War. One of its key legacies, which continues to have an impact on international law, was the extraterritorial application of the United Kingdom's human rights obligations. While the conflict did not establish or create the notion of extraterritorial obligations, this book argues that it brought about a dramatic extension in the understanding and scope of those obligations. It analyses the profound consequences these obligations can have beyond the battlefield and considers how the extension and clarification of human rights laws have both potential and practical implications for other arms of the British State. Particular focus is given to policing, diplomatic and consular offices and to the potential for the State to regulate British businesses abroad.

The aims of the book are two-fold. Firstly, to demonstrate how the Iraq War fundamentally altered the extraterritorial application of the United Kingdom's human rights obligations. Secondly, it traces the post-conflict development and projects the future impact which extending human rights obligations abroad may have, by evaluating post-Iraq case law and the judicial and political responses to such cases.