Unreasoned Verdict: The Jury is Out 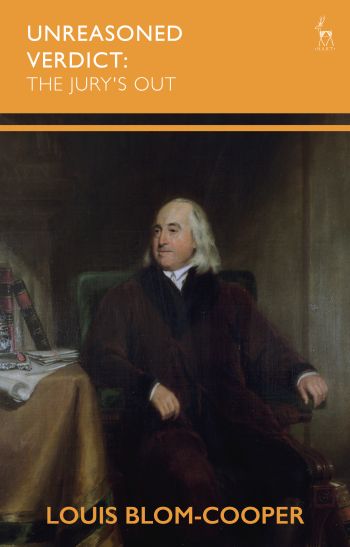 The jury in its contemporary form begins effectively with its democratising by the Criminal Justice Act 1972. The first section of the book gives an historical analysis of jury trial from its early days of emergence. The historical background merely endorses the English culture in the criminal jurisdiction.

There is little doubt that the jury system (English style) has the evident support of public opinion, although decreasing, as to the acceptable solution for the model form of administering criminal justice. However the unknown reception by the jury of the direction in law and the summing-up on the relevant facts for decision-making is often ineffective, if not actually ineffectual. Furthermore, unless and until we are possessed of information about the dialectic effect of the chemistry of judge and jury we are bereft of translating views about the generality of jury trial into the reality of what lies behind the monosyllabic utterance of the unreasoned verdict.

The first part of the book explores these issues. In its second section, the book goes on to explain the essential features of the scope and nature of jury trial, which, unlike its counterpart in the United States, demands a properly structured summing-up of the evidence, with a direction to the jury to apply the relevant criminal law to the offence(s). A third section in the book then portrays the principles of criminal justice, as distinctively applicable to trial by judge and jury in harmony, if not in harness (as some European systems impose in mixed tribunals). The fourth section considers safeguards that are imposed or could usefully be injected into the proceedings of jury trial. The fifth and last section of the book discusses potentially viable reforms. It concludes with the assertion that, given the public demand for greater transparency and better accountability of the jury in action, it is necessary to reform an outdated mode of trial.

Contents:
1. Justice and Fairness: The Basis of a Fair Trial
2. The Theory of Jury Function
3. Reason for Reasons
4. European Dimensions
5. The Value of the Mixed (Lay Participation) Tribunal
6. The Tale of Taxquet
7. Juryless Trials: Diplock Courts and Others
8. Court-craft: Judicial and Advocate Ethics
9. Expert Evidence
10. Serious Fraud Offences: Whither Their Trial?
11. Waiver or Choice: An Australasian Example
12. Jury Reality: The Search for Empirical Evidence
13. The Scope of Jury Trial and Reasoned Decisions
14. Perverse Verdicts: Jury Nullification
15. The Magistracy Today: Towards Professionalism
16. Jury Trial – A Modern Mode of Trial
17. The Appellate Process