Virtue, Emotion and Imagination in Law and Legal Reasoning 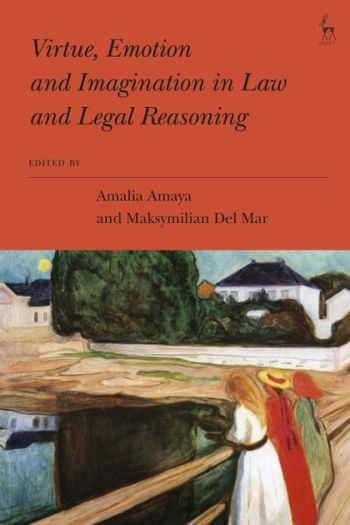 What is the role and value of virtue, emotion and imagination in law and legal reasoning? These new essays, by leading scholars from both law and philosophy, offer striking and exploratory answers to this neglected question. The collection takes a holistic approach, inquiring as to the connections and relations between virtue, emotion and imagination. In addition to the principal focus on adjudication, essays in the collection also engage with a variety of different legal, political and moral contexts: e.g. criminal law sentencing, the Black Lives Matter movement and professional ethics.

A number of different areas of the law are addressed, including criminal law, constitutional law and tort law. Issues explored include: the benefits and limits of empathy in legal reasoning; the role of attention and perception in judicial reasoning, the identification of judicial virtues (such as compassion and humility) and judicial vices (such as callousness and partiality); the values and dangers of certain imaginative devices (e.g. personification); and the interactive and social dimensions of virtue, emotion and imagination.