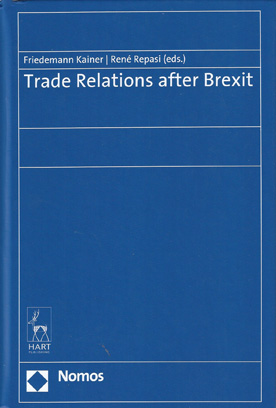 The exit of the United Kingdom from the EU represents the first large-scale reversal of European integration. It will, in particular, have an appreciable impact on the trade relations with the European continent.

This edited volume brings together contributions from leading economists and legal scholars that raise crucial questions and challenges with respect to the Brexit negotiations. In doing so, the contributions do not only look at the withdrawal agreement but, beyond that, at the future trade relations between the UK and the EU after the entry into force of a possible withdrawal agreement.

The authors are driven by the conviction that the future relationship between EU and UK shall allow the utmost possible degree of economic freedoms in the benefit of both sides, taking into account political restraints deriving from UK to meet the main objectives of the Brexit campaign and addressing the special circumstance of the Northern Irish peace process, and from the EU, preventing the emergence of incentives to destabilise the European integration.

Against this background, the contributions develop realistic solutions which can serve as a reliable model for the negotiation process.