The Fight Against Impunity in EU Law 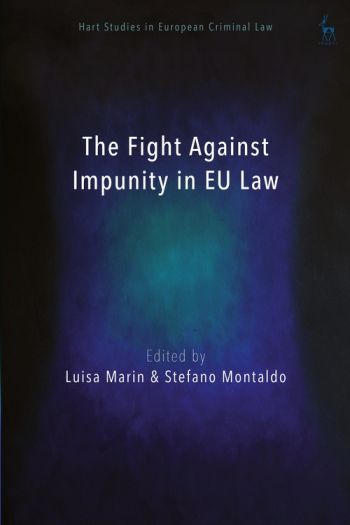 This timely book is the first comprehensive research to address these largely unexplored questions, which involve structural institutional and substantive dilemmas underpinning the most recent developments of the European integration process. Over the last years, the fight against impunity has amounted to a pressing concern for the European institutions. It has shaped several EU policies and has become a recurring argument in the case law of the Court of Justice. The book sheds light on this elusive notion, providing a much needed conceptual appraisal. The first section examines the scope of the notion of impunity, and its role in the EU decision-making process and in the development of EU competences. Subsequent sections discuss the implications of impunity - and of the fight against it - in a variety of complementary domains, namely the allocation of criminal jurisdiction, mutual recognition instruments, the rise of new surveillance technologies and the external dimension of the Area of Freedom, Security and Justice.

This book is an original and timely contribution to scholarship, which is of interest to academics, researchers and policy-makers alike.