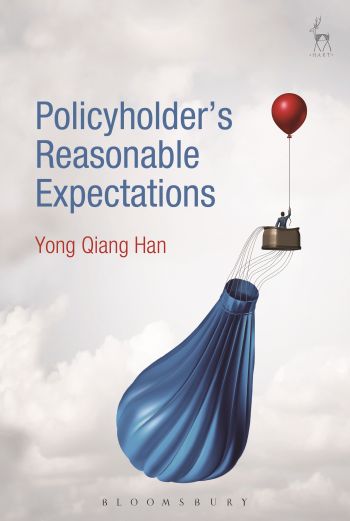 In contrast, however, the similar 'doctrine' of policyholder's reasonable expectations in insurance law has largely not been accepted by practising and academic lawyers. This is injurious firstly to the protection of consumer policyholders' interests in investment-linked life insurance products such as with-profits policies, and secondly to business policyholders' reasonable expectations of coverage of particular risks. This book seeks to remedy these two problems.

First, it argues that 'policyholder's reasonable expectations' in investment-linked life insurance has an actuarial basis which merits more judicial attention. Second, it argues that the cause of the second problem is the long-held misunderstanding about the legal nature of the 'doctrine'.

In this respect, this book argues that the 'doctrine' should instead be re-characterised as a 'principle' as originally intended in the US. On this basis, the book argues further that the second problem can be resolved by bringing insurance law more in line with contract law, or in other words by recognising a principle of policyholder's reasonable expectations.

To that end, lawyers should consider the purpose of the particular insurance in its context when interpreting insurance contract terms.

Contents:
1. Introduction - the two-prong meaning of "policyholder's reasonable expectations"
2. PREB in With-Profits Life Insurance in the UK
3. PREC: Origin, Evolution and Controversies in the US
4. PREC and Insurer's Duty of Good Faith
5. PREC in English Insurance Law
6. PREC and European (Insurance) Contract Law
7. PREC and the Homogeneity between Insurance Law and Contract Law
8. Conclusion