Judicial Review of Immigration Detention in the UK, US and EU: From Principles to Practice 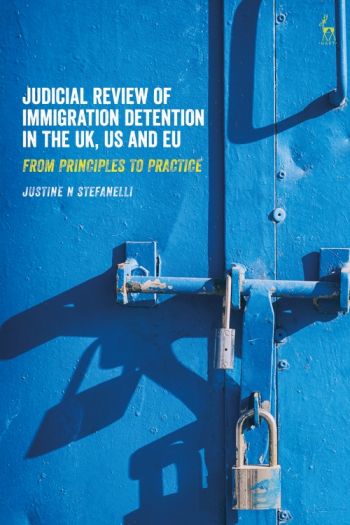 Immigration detention is considered by many states to be a necessary tool in the execution of immigration policy. Despite the apparently key role it plays in immigration enforcement, the law on immigration detention is often vague, especially in relation to determining the circumstances under which prolonged detention remains lawful. As a result, the courts are frequently called upon to adjudicate these matters, with scant legal tools at their disposal. Though there have been some significant judgments on the legality of detention at the constitutional level, the extent to which these judgments have had an impact at the lower end of the judiciary is unclear. Indeed, it is the lower courts which are tasked with judging the legality of detention through habeas corpus or judicial review proceedings.

This book examines the way this has occurred in the lower courts of two jurisdictions, the UK and the US, and contrasts this practice not only in those jurisdictions, but with judgments rendered by the Court of Justice of the European Union, a constitutional court at the other end of the judicial spectrum whose judgments are applied by courts and tribunals in the EU Member States. Although these three jurisdictions use similar tests to evaluate the legality of detention, case outcomes significantly differ. Many factors contribute to this divergence, but key among them is the role that fundamental rights protection plays in each jurisdiction. Through a forensic evaluation of 191 judgments, this book compares the law on detention in the UK, US and EU, and makes recommendations to these jurisdictions for improvement.