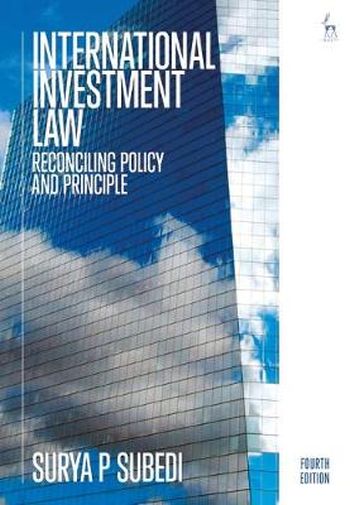 The updated edition of this acclaimed book offers a critical overview of the law of foreign investment, incorporating a thorough analysis of the principles and standards of treatment available to foreign investors in international law. It is authoritative and multi-layered, offering an analysis of the key issues and an insightful assessment of recent trends in the case law, from both developed and developing country perspectives.

A major feature of the book is that it deals with the tension between the law of foreign investment and other competing principles of international law. In doing so, it proposes ways of achieving a balance between these principles and the need to protect the legitimate rights and expectations of foreign investors on the one hand, and the need not to restrict unduly the right of host governments to implement their public policy on the other, including the protection of the environment and human rights, and the promotion of social and economic justice within the host country. Many of the pioneering ideas that were advanced in the first edition of this book in 2008 have been taken up by governments and international organisations in their attempts to reform the investor-State dispute settlement mechanism and strike a balance between different competing principles in developing international investment law. Accordingly, this fourth edition captures the essence of the ongoing multiple reform processes - either planned or envisaged - currently underway.