The Division of Competences between the EU and the Member States: Reflections on the Past, the Present and the Future 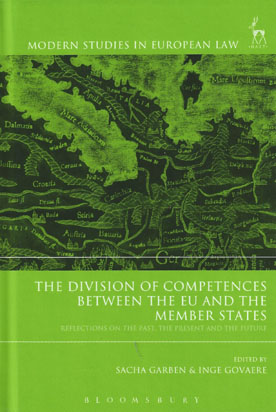 It defines the nature of the EU as a polity, as well as the identity of the Member States. After over six years since the entry into force of the Lisbon Treaty, it is high time to take stock of whether the reforms that were adopted to make the Union's system of division of competences between the EU Member States clearer, more coherent, and better at containing European integration, have been successful.

This book asks whether `the competence problem' has finally been solved. Given the fundamental importance of this question, this publication will be of interest to a wide audience, from constitutional and substantive EU law scholars to practitioners in the EU institutions and EU legal practice more generally.